In the short film Elephant Juice the bat contemplates: "Our own experience provides the basic material for our perception of the world, which is therefore limited." Modelled after philosopher Thomas Nagel's seminal essay 'What Is It Like To Be A Bat?', the film's narrator paraphrases this passage to ponder on the probability of human built computer vision systems ever surpassing their maker's subjective worldview.

Elephant Juice takes place in a bathroom and follows a character as they prepare for an upcoming automated job interview. In this novel recruiting process, interviews are held in front of a candidate's own webcamera. Once recorded the video file is analyzed by computer vision software to evaluate the applicant's facial expressions on desirable qualities such as trustworthiness, compatibility and diligence. Such examination translates facial expressions into emotions and depends on a mapping of muscle movements. The Facial Action Coding System (FACS) proposed by Paul Ekman and Wallace Friesen in 1978 is widely referred to as underlying parameter for such applications. It divides the human face into action areas that are labeled and subsequently assigned emotions. Since it's introduction in the 70's FACS has been broadly received in the fields of computer animation, advertising metrics, police profiling and the recruiting process.

With the commodification and categorisation of the deeply personal and delicate matter of emotions, it is crucial to challenge the limits of objectivity and the risks of globally adapted perception systems. By rendering the world through a lens of seemingly objective computer vision, intimate realities are at stake.

The words Elephant Juice are a common misreading of I Love You by lip-reading software, aptly capturing the narrow room for error between the deeply emotional and the absurdly poetic. 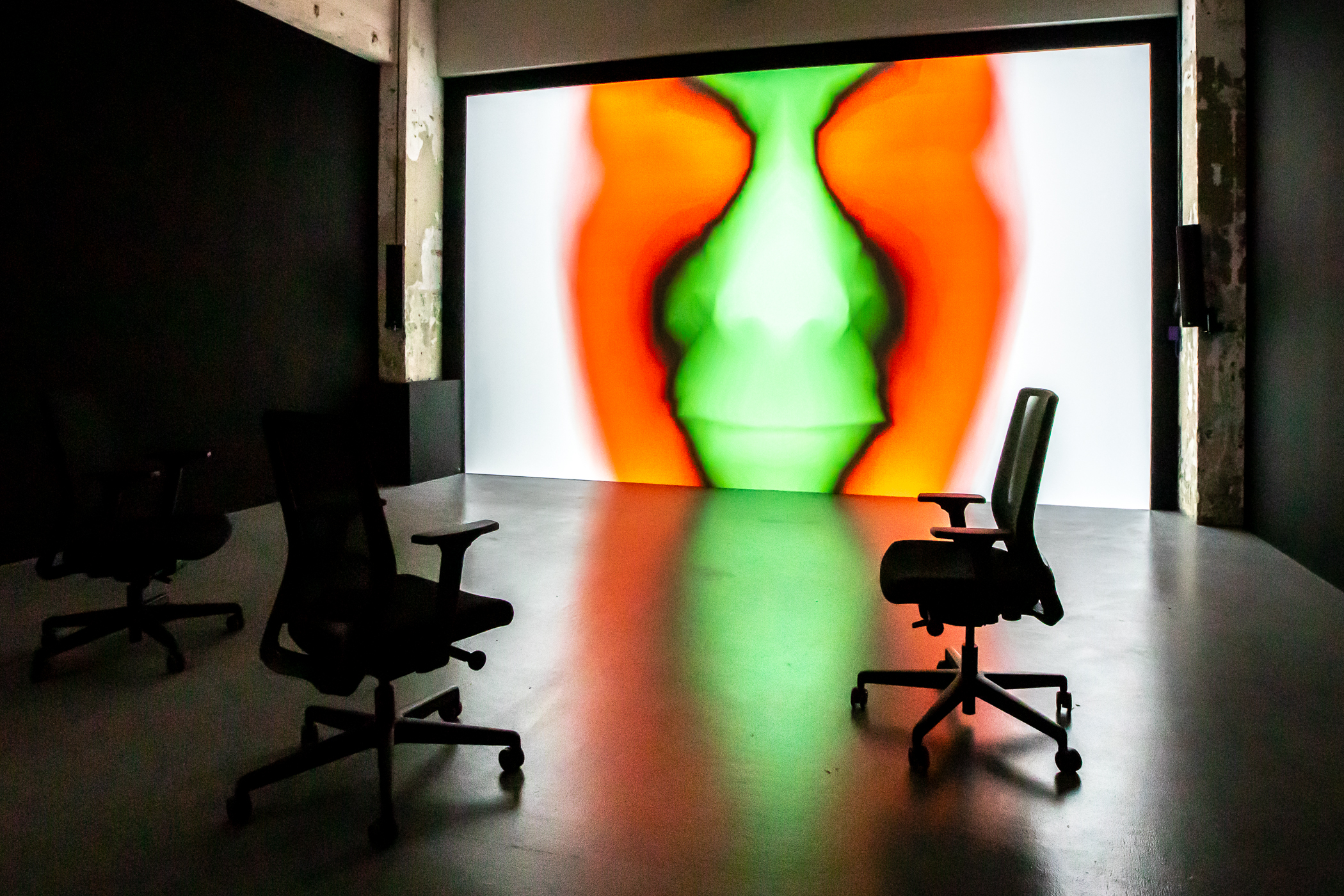 ↑ ELEPHANT JUICE at MU Eindhoven as part of the exhibition Real Feelings, 2021.